What Is Field Recording?

„What Is ‘Field Recording’“ by Andrew Backhouse: „Field recording is the term used for an audio recording produced outside of a recording studio. The definition of ‘field recordings’ can be a bit vague as it is not a mainstream art form. The first field recordists were ethno-musicographers, travelling the world to remote areas in search of dying songs. Field recording of natural sounds, also called phonography (a term chosen to illustrate its similarities to photography), was originally developed as a documentary adjunct to research work in the field and folio work for film. With the introduction of high-quality portable recording equipment, it has subsequently become an evocative artform in itself. In the 1970s both processed and natural phonographic recordings became popular. […] 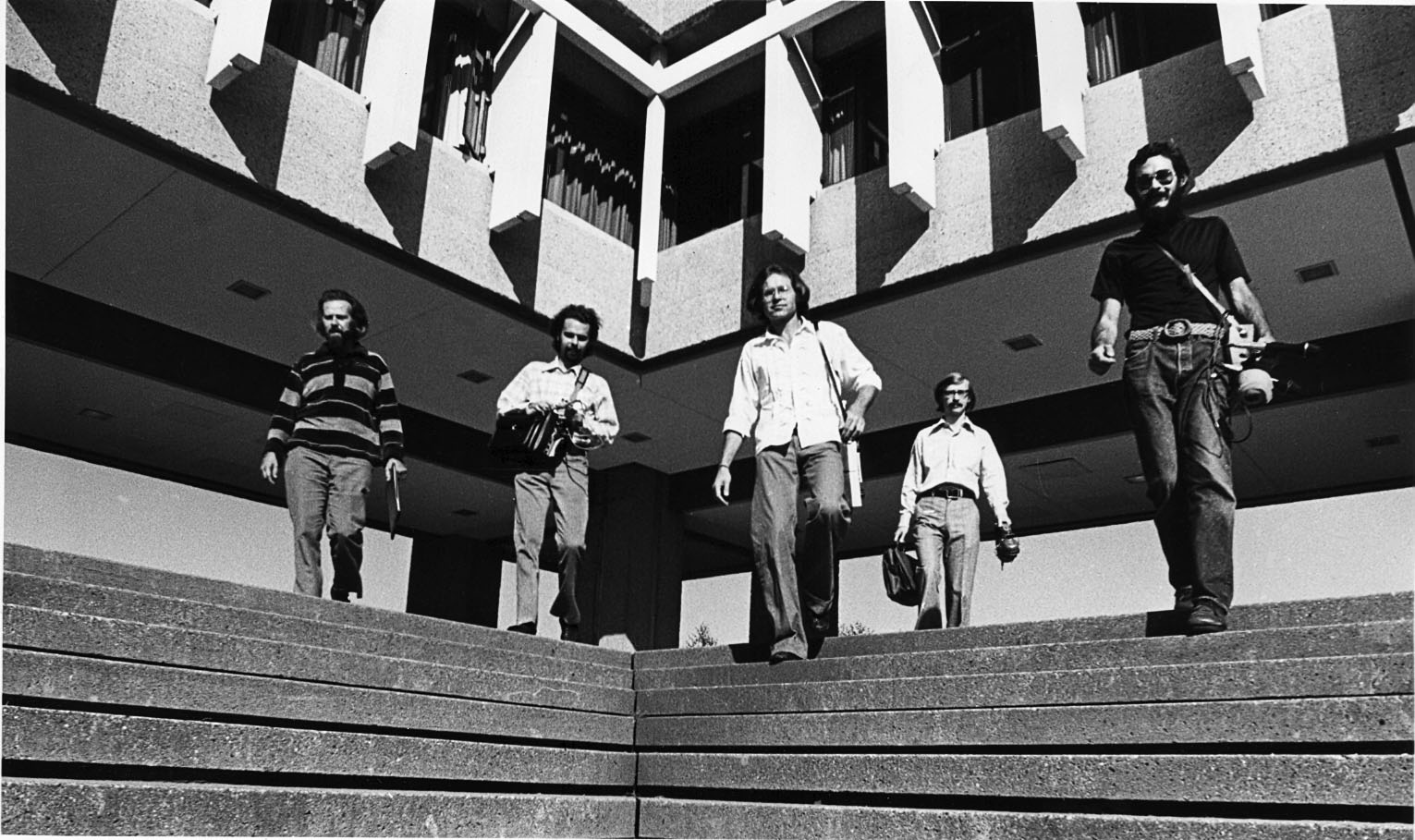 (World Soundscape Project group at SFU, 1973 left to right – R. M. Schafer, Bruce Davis, Peter Huse, Barry Truax, Howard Broomfield) The use of field recordings in avant-garde, musique concrète, experimental, and more recently ambient was evident almost from the birth of recording technology. Most noteworthy for pioneering the conceptual and theoretical framework with art music that most openly embraced the use of raw sound material and field recordings was Pierre Schaeffer who was developing musique concrète as early as 1940. Further impetus was provided by the World Soundscape Project initiated by Canadian composer R. Murray Schafer in the 1970s; this work involved studying the acoustic ecology of a particular location by use of field recordings. Field recordings are now common source material for a range of musical results from contemporary musique concrète compositions to film soundtracks, video game soundtracks, and effects. The sounds recorded by any device, and then transferred to digital format are used by some musicians through their performance with MIDI interfaced instruments.

Last, but definitely in first place in chronological order, remembered for the importance and the boldness of their projects are Luigi Russolo, who with the manifesto The Art of Noises as early as 1913, gave musical value to environmental noise and then with the design and construction of Intonarumori, the first instruments for making noise, and his close collaboration with musician Francesco Balilla Pratella succeeded in using the noise coupled to a symphony orchestra. And also Filippo Tommaso Marinetti who was the main theoretical of the movement called Futurism.“(Andrew Backhouse) „What Is ‘Field Recording’?“ appeared first on http://asoundmapofharrogate.co.uk. The website „A Soundmap Of Harrogate“ is runned by the sound artist and photographer Andrew Backhouse. The aim of this site is to collect as many ‘Audio Postcards’ of Harrogate, North Yorkshire, and surrounding area as possible. On this site they accept Audio Landscapes, Interviews, Sound Walks, Eco-Acoustics, Phonography, The Ethno-Musicography of Harrogate. If you have something in mind about what you want to record please get in contact with asoundmapofharrogate@gmail.com. 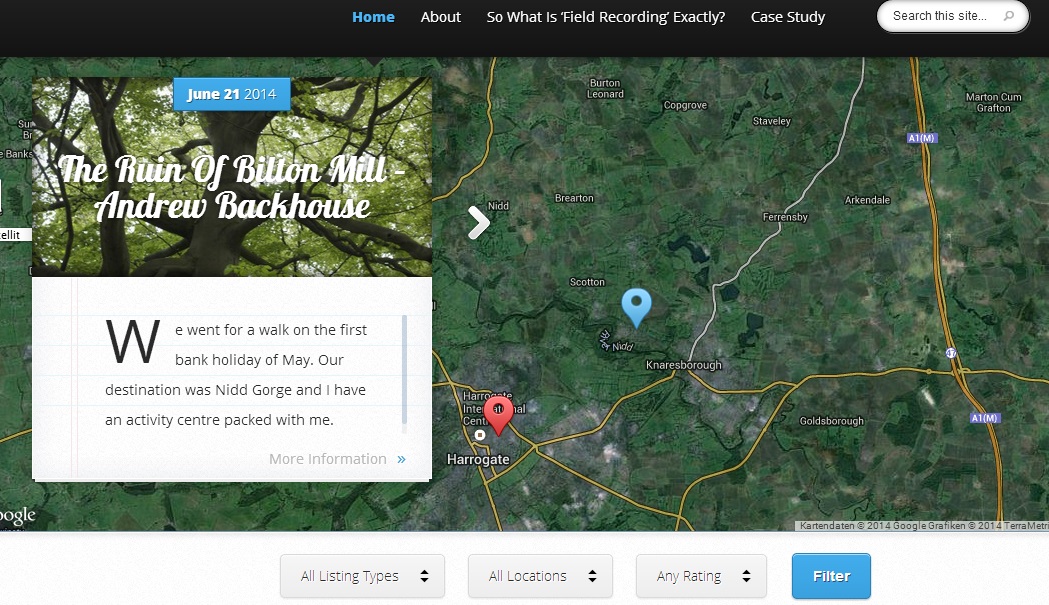