“In any town, at any moment, there are thousands of dramas nobody sees.” Chris Arnade

Who of you does not know them? The HDR digitally self-staging photos of so-called urban explorers with gas masks and military outfits or romantic frill shirts in modern ruins, desolate factories, abandoned flats or warehouses. Only few of these photographers produce in their pictures a connection between the empty flats, dirty mattresses, the filthy toys and the people who have lived or still live there. Chris Arnade seems to be one of these guys. He portrays people in these forbidding places and gives them a voice. For example: 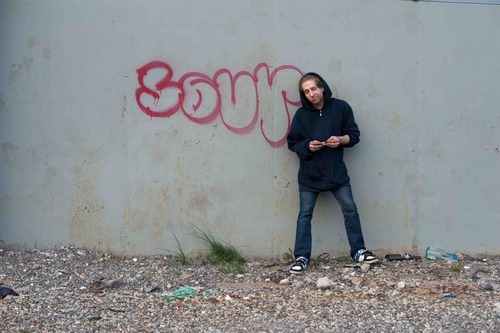 When Shelley is on crack, the calls increase, coming in clusters of five or six from the few remaining payphones in the Bronx. Voice messages last beyond her rants, ending in minutes of background noise. They are all variations on a theme: “X and his gang are going to kill me. They think I ratted them out.” Crack needs heroin to take off the edge. Heroin needs more heroin to take away the nausea. More crack is needed, to feel something again. It becomes a dark feedback loop that spirals her further and further down. She turns on everyone. Nobody understands her. Everyone has slighted her. Nobody helps her. Everyone is more fucked up than her. Nobody is as really fucked up as she is. The rants continue. Some trail off into talk of detox, of rehab, of a way out. When dates are named, “Monday at 6 am?” excuses follow. I don’t have my Medicaid card. I can’t go without Jennifer. I need someone else with me. I can’t go without a place to store my new shoes. The descent continues into delusional rants. Small events get stuck in her head, getting churned over and over, growing each time, reaching outright paranoia. 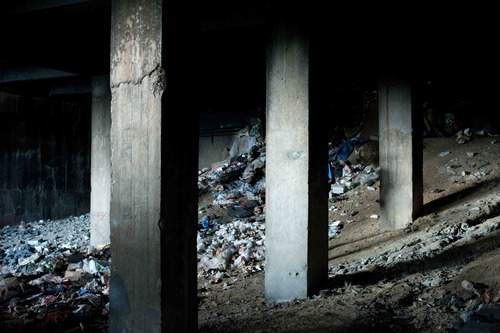 When everyone is an enemy everyplace is enemy territory. So she sleeps under the bridge. Not the bridge in Hunts Point, but the bridge across the river. The filthy and far-away bridge. The one filled with mosquitoes, feces, garbage, and three or four addicts who are content to be alone. […]“ 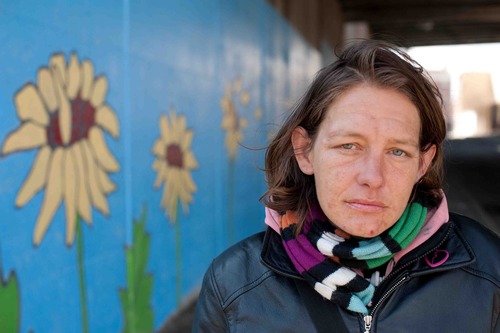 Sonya walks the three-mile stretch at all hours, sometimes holding a panhandling sign that she flashes at the cars. If enough drugs are in her she looks down, focusing on the things that fill her mind. At one end is her squat, an empty warehouse Eric found, nestled next to a gas station, edged by cobblestone streets that bring tourists. At the other end is a corner for drugs. No tourists come here, just regulars needing their fill. It is more active at this end, even though most people don’t move very much. Rolls of twenty-dollar bills are swapped for pills and tiny bags, the exchange masquerading as hugs or hand shakes. 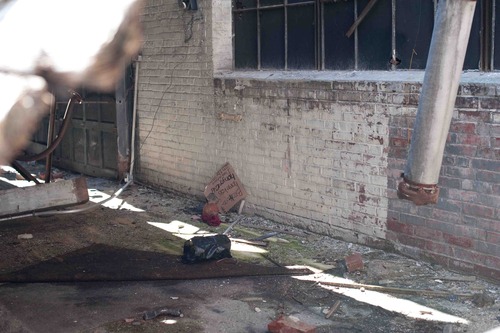 For the first three months Sonya and Eric kept away from the police. “Eric can be loud, but he had too much to lose, so we tried to keep quiet.” Events started to turn against them. Two woman cops, the “Keystone C*nts,” wouldn’t give them a break. “They kept looking at us. I could tell they thought we were hiding something.” 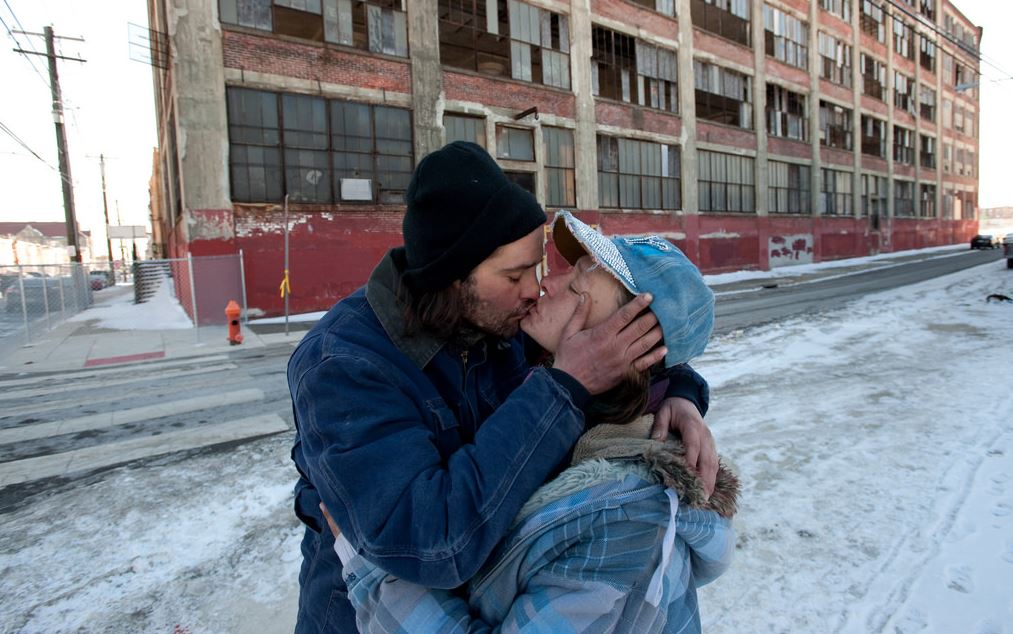 A month ago they tried to arrest Eric, but he ran. Two weeks ago they arrested both of them. Eric tried to run, one of the officers hands moved towards her gun. “I reached for the other officer’s gun. I am not going to just sit back and let someone shoot Eric. I may be crazy, but I will kill someone if they try to kill him. Simple as that.” It didn’t get that far. He was arrested, his name ran, and now he is gone into the system. “They found his violations from New York.” She is alone. She walks the length, passing the junkyards, the dealers, the barbershops, people asleep on the ground, and the hand-painted signs. Two Klonopins and a needle of heroin slow her, dragging out her steps.” 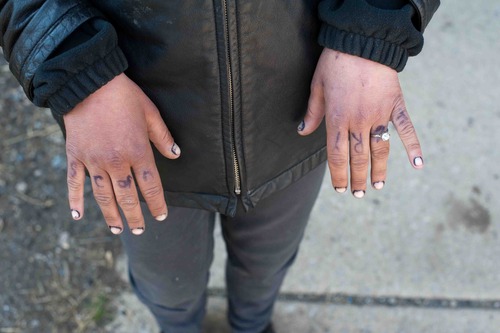 On each of her knuckles is a letter written in marker.  Her left hand spells FURY, her right, SCAR. The U is being smeared by her wedding ring. She is hot to the touch, with a fever well above one hundred. “Since my spleen was kicked in, I get these fevers all the time.” Before Eric was arrested they talked about saving money to buy a car. “Now I should use everything to go back to New York so I can follow Eric’s case. I can’t be alone out here. I turn my back for a second and some damn asshole tries to jump or rape me. I am not sure even the warehouse is safe anymore.”