FIELD RECORDINGS OF APPENZELL @ Framework Radio.  http://www.frameworkradio.net is about phonography ::: field-recording ::: the art of sound-hunting ::: open your ears and listen!

this edition of framework:afield has been produced in switzerland by regular contributor and purveyor of psychogeography stefan paulus.

Appenzell is a small mountain county in the eastern part of the Swiss Alps. The mountain ridge of the Alpstein crosses the high plateau of Appenzell with the highest mountain called Säntis – the holy mountain, 2,502.9 meters above sea level.

These field recording sessions took place over a whole year – a complete cycle of seasons.

SPRING:
In the springtime the farmers start their processions to the alpine grasslands. The ascent to the alpine grasslands is led by the white, hornless Appenzeller goats, which are tended by children wearing traditional costumes. The goats are followed by the milk cows, heifers and calves and the steer. The Appenzeller mountain dog watches from the side, and makes sure none of them feel like going astray. The alpine herdsmen follow the cows with bells and sing the yodel. 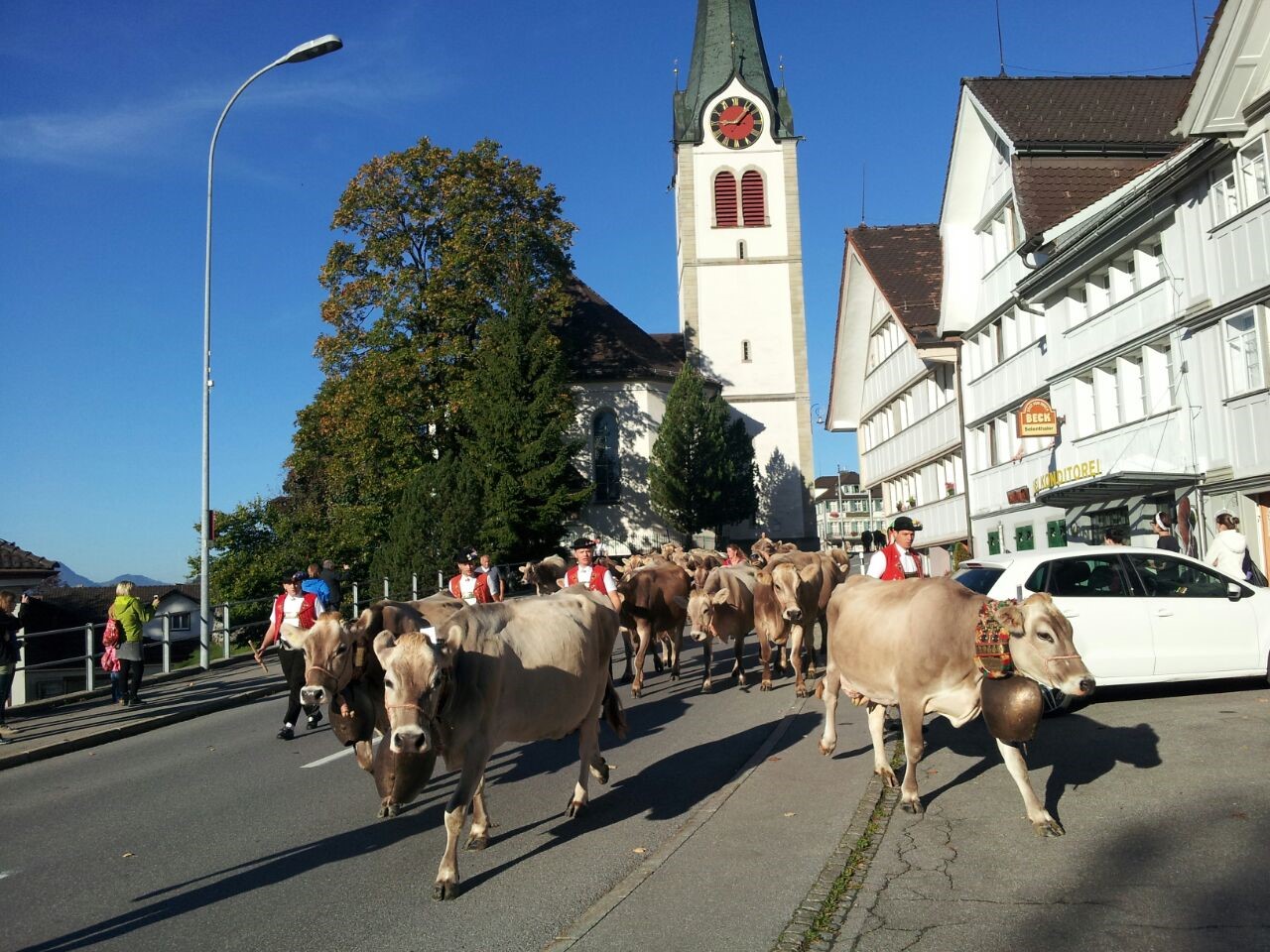 SUMMER:
In the middle of the alpine summer it is also common to have music and dancing festivities at larger mountain inns. Farmers, locals and mountaineers sing and dance together. By the end of summer the alpine herdsmen come back with the cows from the upper grasslands. If neither a herdsman nor a cow has been injured during summer the herdsmen adorn their cows and celebrate the return.

AUTUMN:
By the early autumn in nearly every village a cattle show takes place. The farmers and their families come together at a local pub for the assessment and an award ceremony, which is also followed by singing and dancing.

WINTER:
The turn of the year is commemorated twice in Appenzell, once according to the Gregorian calendar on 31 December and again according to the Julian calendar on 13 January. On these days, groups of men wearing bells and chimes run through the small mountain villages, singing and chanting an old form of the yodel – the ‘Naturjodel’. The faces are hidden behind masks and the men are called ‘Silvesterchläuse’.

In the early morning they come from remote hamlets, walk from house to house to wish the people a happy new year and to exorcize the evil spirits from the old year. While some of them look like puppets and appear rather delightful, others show up in horrific costumes made of materials from animals or the backwoods. For hundreds of years these rites have been taking place on that Swiss plateau. Nobody knows exactly where the rite comes from.

Towards the end of winter huge fires brighten up the night sky in Appenzell to bid farewell to the cold on ‘Spark Sunday’. And a new season begins. 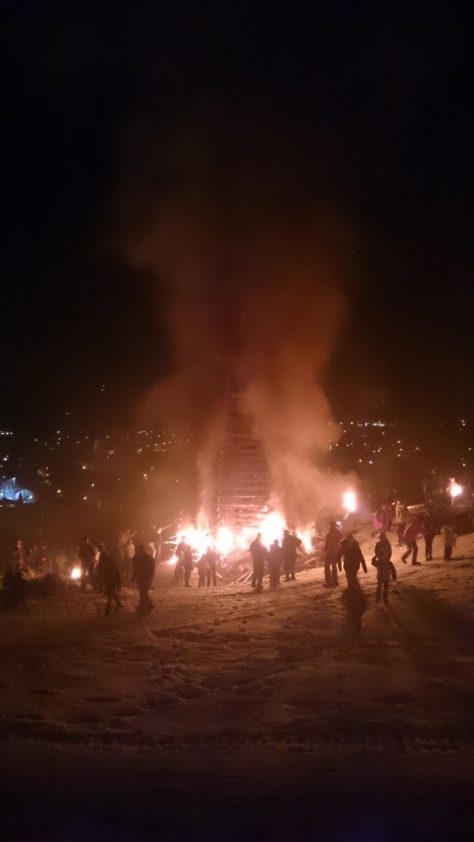 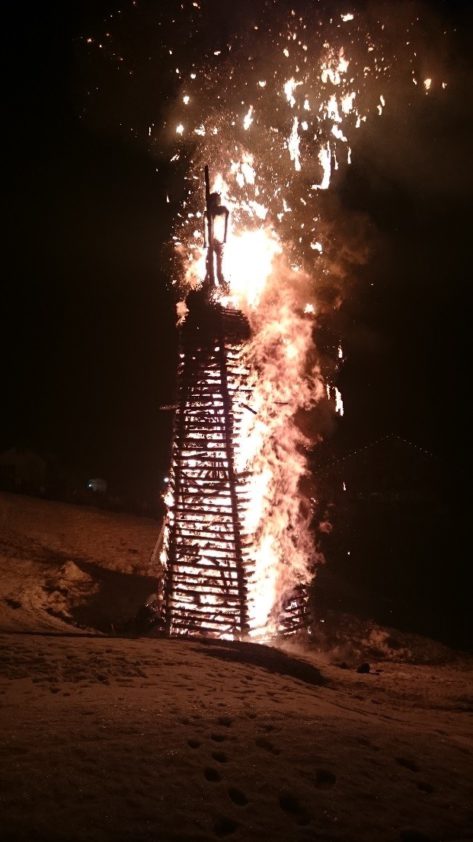 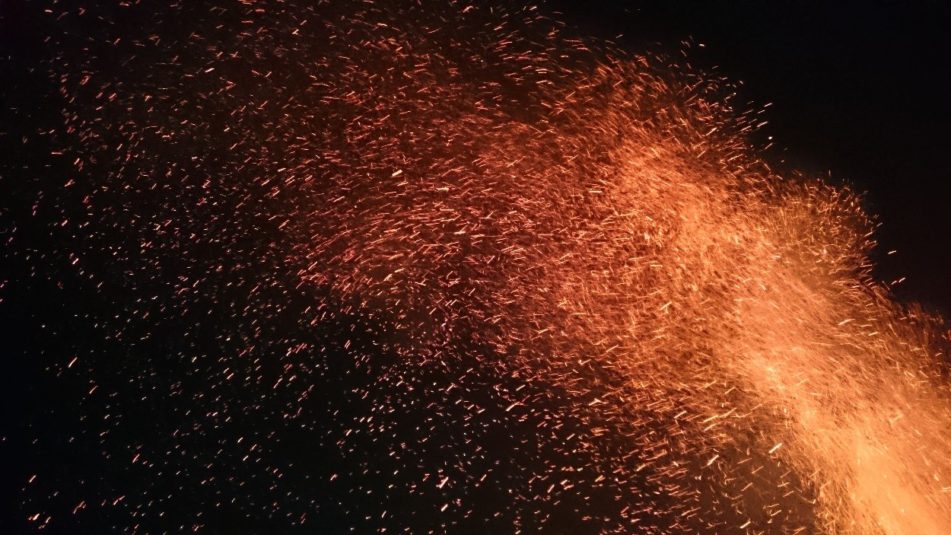